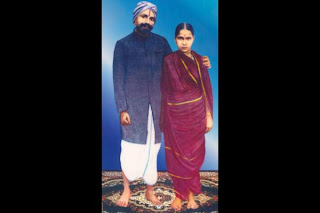 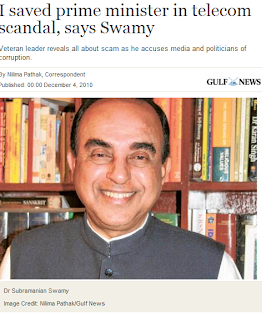 One of my friends commented" will you not present some thing to non-Srivaishnavites and for those who want some light reading on the blogs?" He does not know that I do not write anything myself. But still, I realised there is a point in his argument. So far a change, I share this article I read on the net.

"This week, continuing its campaign against out-of-turn allotments of land and property, TEHELKA has an exposé on Tamil Nadu Chief Minister M Karunanidhi. The Tamil Nadu Housing Board (TNHB) which commands a large land bank, has a government discretionary quota (GDQ) under which 15 percent of all allotments can be recommended by the CM. Eligibility for allotment under GDQ is as follows: single/deserted women; widows; social workers; physically handicapped persons; defence personnel; ex-servicemen; eminent persons in the field of science, arts, literature, economics, public administration and sports; freedom fighters; government servants with unblemished service records; employees of PSUs, central government undertakings and nationalised banks; PF institutions; journalists; university staff; and employees of local bodies and municipalities.


While some of these categories sound kosher, most of them raise a fundamental question: why should the government have the power to give coveted land to select employees and journalists over others? The only rationale could be proximity — which is an untenable reason for being the beneficiary of political favours, often worth several crores.


Setting this aside, even within the legal ambit of the GDQ, TEHELKA’s investigation shows that many of the allotments in Karunanidhi’s tenure have violated the rule book. Many bureaucrats and their relatives have been given plots or flats under the category of “social worker”. Some of these last did social work when they were in college; many of them claim to be volunteers in such routine activity as helping in blood donation or eye camps. Many have issued certificates to themselves; some have acquired letters from the Lions and Rotary Clubs with vague endorsements. In other violations, the rules say that no one who has any other land or property in Tamil Nadu or any other capital city, in either their own or spouse or minor children’s name, can apply for GDQ allotments. TEHELKA found this is routinely violated.


Many of the allottees issued certificates to themselves, while some got letters from Lions and Rotary Clubs
The other brazen violation lies in the claim of “unblemished” service records as a qualification for allotment. When RTI activist V Gopalakrishnan sought a list of such bureaucrats, Additional Secretary S Solomon Raj said, “As no unblemished government servant certificates are issued, the question of furnishing a list of names does not arise.” The additional secretary also clarified that the home department didn’t have such a list. This is the phantom category under which many public servants like Jaffar Sait, 1986 batch IPS officer, now Inspector General of Police–Intelligence, got large allotments of land in prime locations. Why them more than hundreds of others? That’s a democratic question the chief minister will have to answer.

To Read and enjoy