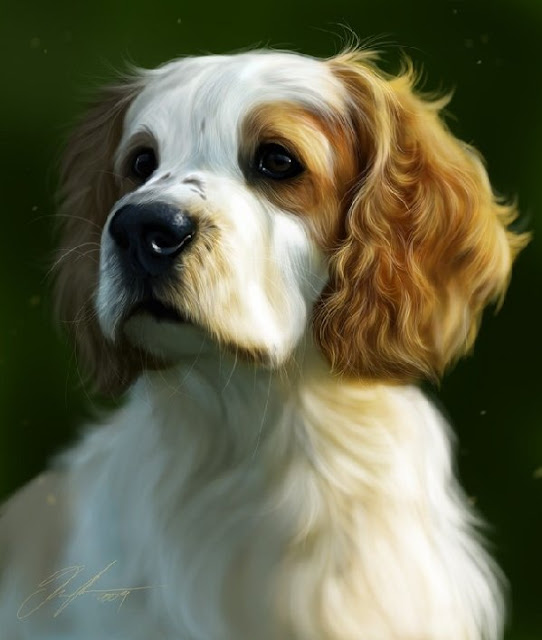 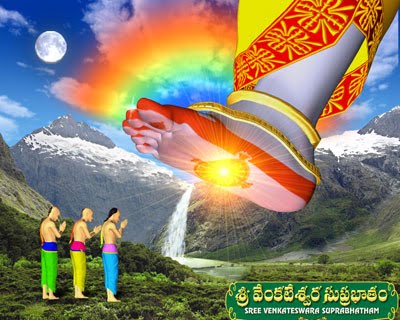 I share a news report that reached my inbox just now. As adiyen who depend upon Gmail heavily, charmed by the facilities it offers, it shall be a worrying factor for many of us.
Indian Government Threatens to Ban Gmail, Skype and BlackBerry
Bored with China and Pakistan banning web services left and right? Here is something new. Possibly feeling a bit left out, the Indian government has decided to join in on all the fun.
Apparently, the Indian security agencies are struggling to monitor the content being shared over Gmail, Skype and Blackberries due to their highly encrypted nature. According to The Hindu, a reputed daily newspaper in India, “Department of Telecom (DoT) will ask these companies to either ensure that data going through their networks be made available to security agencies in a readable format or face a ban from offering services in India.”
Indian security agencies are concerned that services like Skype are being used by terrorists to bypass monitoring mechanisms put in place for telephone calls. Skype and RIM (the Canadian manufacturer of BlackBerry handsets) will be given 15 days to respond, failing which services that do not allow lawful interception on a real-time basis would be banned. Google will also be asked to use encryption standards that can be monitored by the Government. However, the Government won’t impose any deadline on the search engine giant.
This is not the first time RIM has run into trouble with the Indian government. Back in 2008, there was a similar standoff. However, at that time, the Indian Government had claimed that all differences have been resolved.
Formal notices are expected to be served to all affected parties in the first week of July. While, a Google spokesperson declined to comment, Skype has come out and termed any potential ban as “a big step backwards”.
இடுகையிட்டது Thiruppullani Raguveeradayal நேரம் வியாழன், ஜூலை 01, 2010 கருத்துகள் இல்லை:

To learn Sanskrit step by step 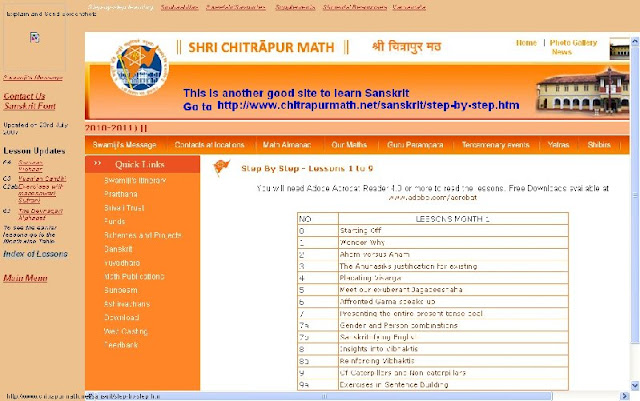 Another posting from "Practical Sanskrit " a perfect description of our Acharyan
http://practicalsanskrit.blogspot.com/2010/04/guru-personification-of-knowledge.html 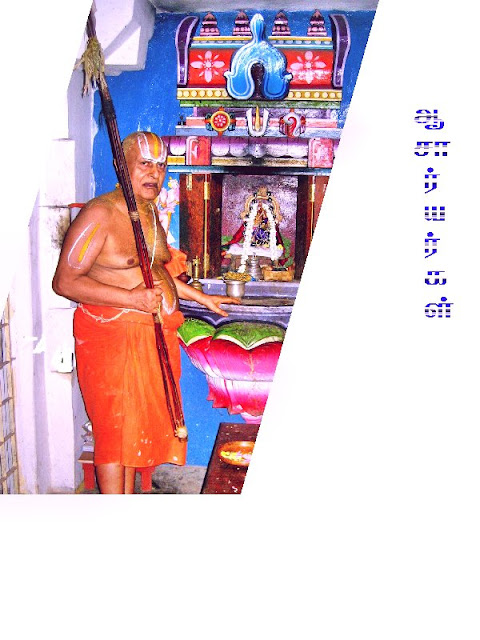 Here is a very useful information from Sri Kaushik  whose blog adiyen follows regularly.
How to edit text in your favorite text editor from anywhere
Here is a scenario: Say you want to write an email but rather than typing directly into the text box in your browser, you prefer to compose the message in a text editor and then copy the typed message back to the browser.
Or say you want to type a reply in an online discussion board or write a blog post, and you want to use your favorite text editor. The long series of steps involved to open your text editor, copy the text to edit to the editor and copy it back to the original window can be reduced to just 3 keystrokes with an application called Listary.
Listary is actually a search tool for Windows featuring find as-you-type and supporting advanced features like auto-complete, wild cards etc. But Listary is also packed with additional goodies, and one of these allows you to launch your preferred text editor from any application and edit text on it.
For example, we have Gmail open in Chrome and we want to use the text editor Vim to type a reply.
Press Win+A to launch your default text editor (Vim in this case).

Type your reply and press Ctrl+S to save it.

Press Alt+Tab to switch back to Chrome and lo and behold your composed reply is there!

Furthermore, if you already have some text in the compose window these will be copied to the text editor when you open it by pressing Win+A.
This feature of Listary works from within any application – you can launch your text editor from your browser, from a word processor like MS Office or from an email program.
This is useful when you want to take advantage of some advanced features like auto-completing, spell checking and syntax highlighting that are only available in an external text editor. It may also save you from web browser crashes.

Please visit www.listray.com to know more features of this application

Following is the link to the  latest posting at "Practical Sanskrit" blog which adiyen want to share with all sanskrit abhimanis.
http://practicalsanskrit.blogspot.com/2010/06/paninis-ashtadhyayi-some-thoughts-from.html

To Read and enjoy